Academic vs Play Based: The Difference Between the Two San Diego Preschools

When you’re the new parent of a preschooler, it can feel like every decision is the biggest decision of your child’s life.

What should I feed them?

How much and how often?

What time should they go to bed?

How young is too young to consider kindergarten?

The answer to that last question is that it is never too early to begin thinking about your child’s future.

However, your child’s future in kindergarten is due largely to their success in preschool.

For this reason, many of the decisions you face in your preschooler’s life will have a direct impact on their future.

The choice between an academically-based preschool or a play-based one.

Though both encourage your child’s future in kindergarten and beyond, both differ in many ways.

The key is in asking what you personally hope for you child to get out of their preschool program.

Take a look at the difference between the two programs, both of which are offered at various San Diego preschools throughout the county.

programs, rely on the didactic directed method of teaching. Here, we see the teachers direct and manage their classroom, creating and sticking closely to a lesson plan that is meant to foster structure in the children. Here, although creative play is encouraged, it is second to the learning of sounds, letters, numbers, shapes, and other, more academically challenging pillars of learning to better prepare them for academia in their later years. In recent years, the Montessori method has become a popular choice for academically based San Diego preschool programs.

What To Keep In Mind

Also referred to as “child centered” programs, play-based programs are given the chance to choose their “area of study” based on their current interests. In contrast to the academic-style program wherein the teacher adheres to a routine and lesson plan, play 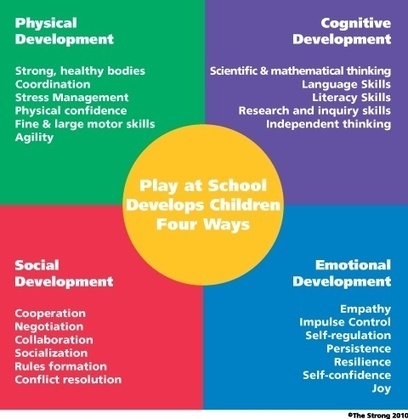 Image from Scoop It!

based allows children to have flexibility and control over their environment. Instead of following a routine set by their teacher, preschoolers are able to move between stations in the classroom, finding that they’d like to work on for the day. This means that the room is often separated into sections for art, reading, music, sensory, kitchen, house, blocks, and more to encourage the creativity of the child. The belief behind play based San Diego preschool programs is that the freedom provided by the curriculum will make children more refreshed and ready to enter kindergarten classrooms.

What version of San Diego preschools do you find more intriguing?

Comment below with what you think is the biggest difference between both schools of thought!

Wh—achoo! Can Do To Keep Your Preschool Safe From the Flu
5 Tips for How To Deal With Toddler Tantrums
Explore
Copyright